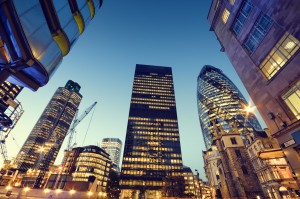 It is expected that the UK financial centre, the City of London will grow by 2.8% a year and continue to improve productivity. This will have an impact on the recycling industry as more buildings will be built which will lead added strain on recycling within London.

Reports have shown that the City of London has roughly a square mile of land that is the heart of the capital. This small area is now home to more than 15,000 companies that generated around £45bn for the economy last year. This represents 14pc of London’s output and 3pc of the UK’s economic output

It is predicted that this sum will rise to around £61bn a year by 2025, as the Square Mile expands by 2.8pc a year while the rest of the UK grows at 2.2pc to £1.92 trillion, on a gross value added basis. Also they predict that each City worker will produce the equivalent of £141,000 for the economy, up from £114,000 at present and almost three times the productivity of a typical British job.

“In recent years we’ve seen growth in high-skilled, high-paid jobs in the national economy being led by our city centres, most notably central London,” said Andrew Carter, chief executive of the Centre for Cities.

“Given this trend is likely to continue over the next decade, the focus of policy should be on making sure that central London businesses can get both the staff and office space they need to drive future growth, not just in the wider London economy but the national economy overall.”

With all these companies within the square mile and the very high likelihood of more coming, there is a real concern that a lot of extra waste will be created. We already know that London is poor at recycling, having all these extra companies will create more waste which is adding to the landfills. It has become so bad that the landfill sites are being over filled.

To sustain the London’s green credentials while we experience growth of the financial centre, there needs to be investment in the recycling industry as landfills are being abused by just adding without thinking about what it will do to the economy.